In this sequence of small whiteboard questions, students are shown the contour graph of a function of two variables and asked to find the derivative. They discover that, without a function to differentiate, they must instead think of the derivative as a ratio of small changes. This requires them to pick two nearby points. Which two? 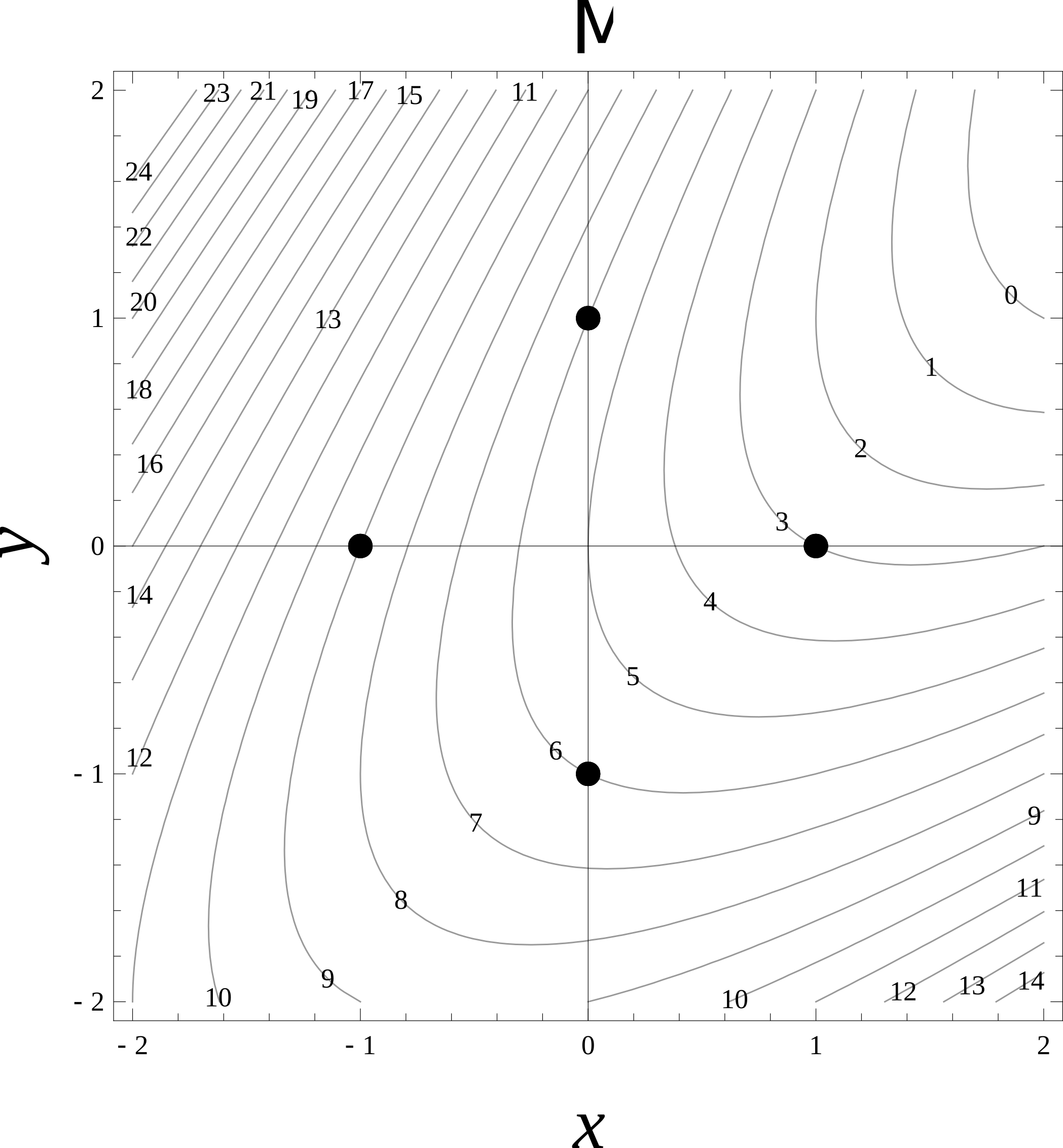 This activity is a set of SWBQ questions about finding a partial derivative from a contour graph. Show the contour graph and then ask, in an appropriate order depending on student responses:

See the comments in the solution to the Student Handout.